When I was a kid, they called it snow...
Nevertheless we left Michigan in drifting feet of the stuff with our 4 wheel drive providing grip to the wheels that slip. Semi trucks were jack-knifed every few miles along with multitudinous phone yapping commuters buried windows deep in ravines and ditches. Bound for North Carolina on the eve of 'Polar Vortex Leon', ignoring the hype from the talking heads, we threw our junk in the trunk and took off cause it weren't nothin. Like Joseph Conrad we trekked forth into the heart of darkness. But once we entered the snow bands further south we got a hotel and relaxed poolside with a pizza while one inch of precip caused a maelstrom on the freeways. 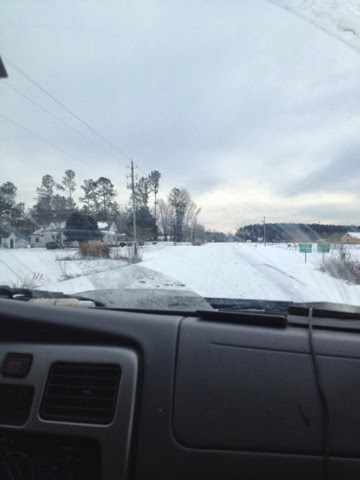 The next morning we smuggled the bat out of our room, dusted off the truck, and took to the slopes. The remaining 5 hours of the trip was spent primarily in the oncoming traffic lane as we roared past catatonic drivers at three times their speed. We made our destination without haste and I'm sure receiving many a raised brow in doing so. 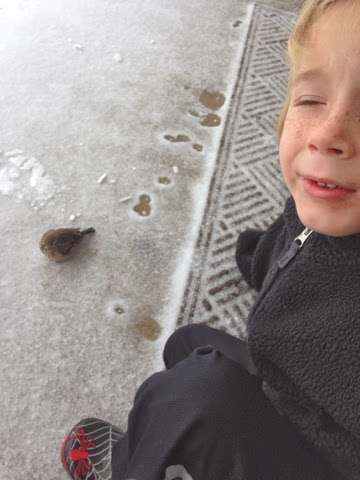 Even the local birds were traumatized by the snow. This Finch let me pick it up so that we could move it to a safer locale. 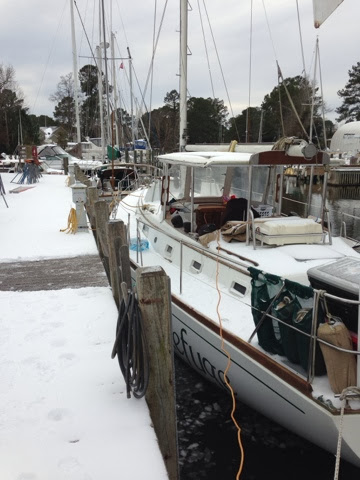 We arrived at the boat to find it sprayed with ice. We are taking notes on winter aboard living as we will do this to the extreme in Michigan come a few short years. With five heaters and a dehumidifier, one might not even realize the exterior looks like the ice capades.
In the next day or two we will drive back to Ohio, over to Chicago, once again to Ohio, then off again for NC. From that point, approximately Feb 21st, we will cast off our lines for Florida.
Posted by S/V Refuge at 1/30/2014 11:56:00 PM No comments:

Arguably, many men would appreciate the lifestyle of American magazine publisher, Hugh Hefner. He wears a robe all day, lays in bed 90% of the time, girls bring him food, and he has an entourage of friends and family constantly visiting him.
As of late, my own father has aspired to such heights as he has been in the care of some of Ohio's finest medical practitioners. A lifestyle not uncommon to Heff, mein Vatter is enjoying the high roller life as he wiles away his days. Here he is, raising the roof. 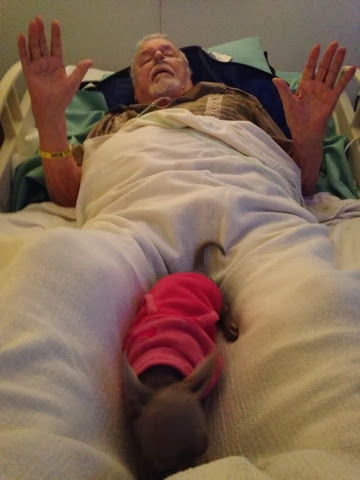 As you can see, our pet bat has taken roost with him. I must admit, for awhile, we tried to pass her off as a Chihuahua, but people caught on. We had her wings removed for safety. 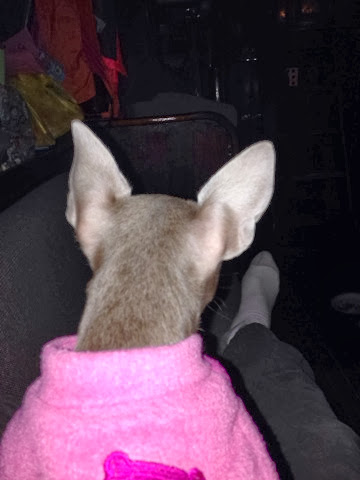 Jack Frost Would be Envious 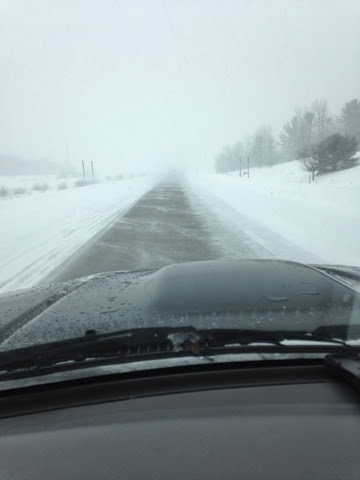 Currently we are road-tripping up North to Michigan and Ohio. Fortunately we have been blessed with multiple snow storms. 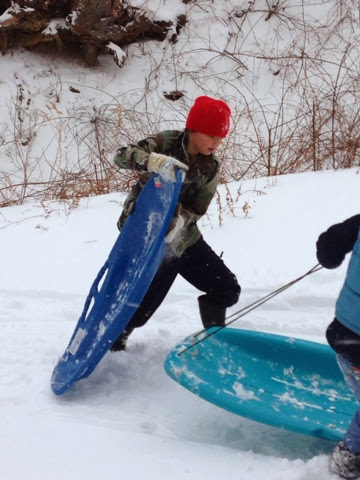 The kids enjoy some sled riding at Dayma's house. 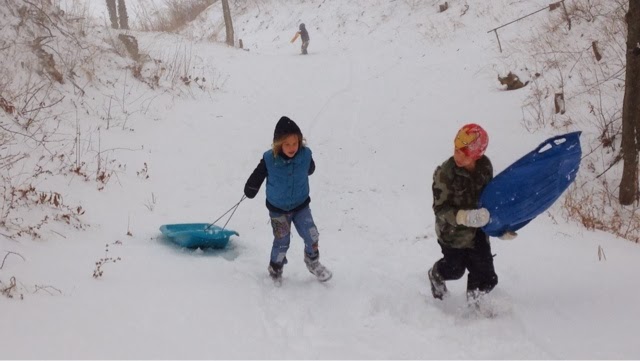 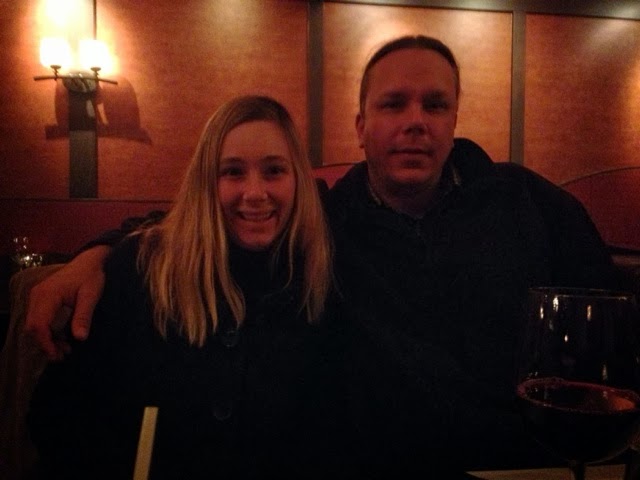 Out for a nice dinner in North Michigan. The roast cow flesh was barbaric. 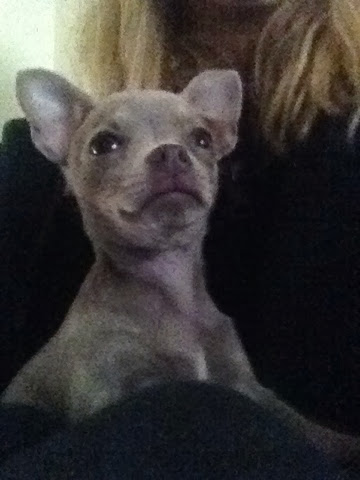 The new pooch has adapted well to our restless lifestyle. She has an innate sense for when she is being smuggled. This ability will serve her well in a life of piracy.
Posted by S/V Refuge at 1/25/2014 08:17:00 PM No comments:

S/V Refuge
Sailing the tropics and living the dream.